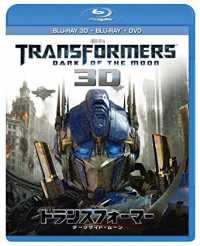 By now you know that Transformers: Dark of the Moon is not your average 3D movie– or at least, that’s what Michael Bay wants you to think. After famously calling the technology “a gimmick” Bay came around to the other side to shoot the third Transformers movie,

using 3D cameras and just this week writing to theater owners to make sure they project the movie brightly enough so you can see all the 3D robot madness the way he intended it.

So was it worth it? Does his final installment in the Transformers franchise really demand that you see it in the third dimension? To answer that burning question, we’re back with our regular feature To 3D Or Not To 3D, in which we weigh all

the pros and cons of strapping on the glasses and let you know exactly where your movie ticket money ought to go this weekend. This isn’t a review of the movie itself– you can go here for that– but a specific focus on what 3D adds to the experience of watching robots whale on each other while destroying a great American city in the process.