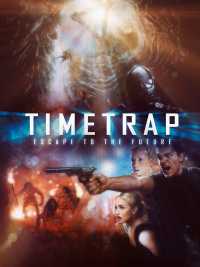 There’s a big sci-fi adventure movie waiting to burst out of “Time Trap,” a decidedly contained, budget-conscious take on time travel, youth in peril and apocalyptic fear. The result, directed by Mark Dennis and Ben Foster (not the actor) from Dennis’ script, is a handful of intriguing ideas in search of a more cohesive and dimensional narrative.

When Texas archaeology professor Hopper (Andrew Wilson) disappears after setting out to find his hippie parents, who disappeared in the 1970s while in pursuit of the Fountain of Youth (really?), Hopper’s dedicated teaching assistants, Taylor (Reiley McClendon) and Jackie (Brianne Howey), go looking for their vanished mentor.

They soon land in a vast and twisty underground cave that they believe will lead them to Hopper. But as a series of dubious and risky events unfold, it’s revealed that the cave is home to a unique space-time continuum in which time passes more slowly than it does above ground.