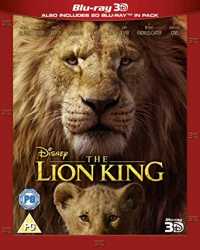 Oh, the good ‘ole circle of life, it moves us all! The Lion King has made its way back into theaters 25 years later, this time in photo-realistic “live-action” by The Jungle Book’s Jon Favreau. The Disney remake features an impressive cast, including Donald Glover, Beyoncé, Seth Rogen, Chiwetel Ejiofor and John Oliver as Pride Rock’s royals and savannah dwellers.

In the middle of all of this excitement, it’s time to ask yourself, much like Hamlet once did: To 3D, or not to 3D? If you’d like to check out our thoughts on the film, you can read our official Lion King review to find out. Otherwise, It’s time to talk through how the film delivers at 3D showings! Is there more to be seen than can ever be seen with your 3D glasses? Let’s take a look.

While debates regarding if Disney needed to remake one of its most beloved films has certainly circled this release, the breathtaking visuals in The Lion King are perhaps the best case to convince an audience of its update. The film’s cutting-edge CGI is a stunning sight to behold and 3D only enhances and heightens this experience.

The goal was to reimagine the movie into the actual African Savannah locations they are based on, and Jon Favreau absolutely convinces audiences we’re there. He developed The Lion King with 3D specifically in mind, and it was filmed entirely in virtual reality, where the filmmakers crafted 360-degree virtual environments and manipulated the images meticulously for 3D viewing.