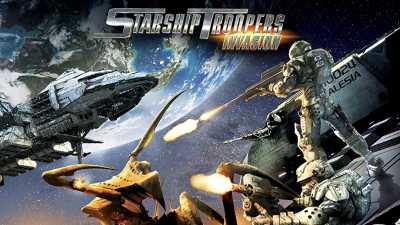 In 1997, director Paul Verhoeven brought his scabrous wit to Starship Troopers, an adaptation of Robert A Heinlein’s gung-ho military fable about humans fighting bugs on a distant planet. It was violent, trashy, and very funny, with its fascistic imagery gamely inverting the book’s pro-military sentiments.

The film’s cult as opposed to outright commercial success ensured that its sequels, Hero Of The Federation (2004) and Marauder (2008) were cheaply made and went straight to video. There was also a CGI animated TV series called Roughnecks: Starship Troopers Chronicles (1999), which ran for just under one year.

As producer Neal Moritz quietly works on his plants to remake Verhoeven’s movie, along comes Starship Troopers: Invasion, a direct-to-DVD fourth instalment in the current series. A Japanese and American co-production