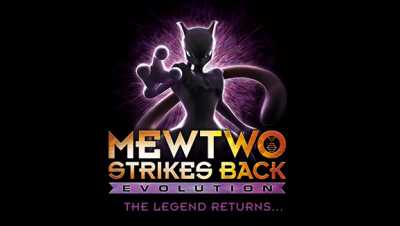 When was the last time you saw Pokemon: The First Movie? If you happened to see it as an adult, you probably won’t find this review of the 3DCG remake of the first Pokemon film all that surprising. If you’re still holding onto the fond memories you had of it as a kid

I’ll admit that I’m a little bit jealous. Taking a step back and viewing this movie through a critical lens helped me appreciate just how far some of the newer Pokemon movies have come in their storytelling.

Pokemon: Mewtwo Strikes Back – Evolution is a near direct recreation of its predecessor. While the new animation style makes action scenes more flashy and there are still some genuinely funny and emotional moments, its story still starts to drag about halfway through and never quite recovers (it’s also a shame that the delightful Pikachu’s Vacation didn’t make the cut for a 3DCG remake).

If you missed it the first time around, Pokemon: Mewtwo Strikes Back – Evolution is Mewtwo’s origin story. Scientists find the mythical Pokemon Mew’s DNA, decide to try and clone it in an attempt to make the most powerful Pokemon in the world, and end up with a very mad and confused Mewtwo.

This introduction to the movie is mostly good, except for every time Mewtwo questions its purpose or its origins. Unlike the rest of us, Mewtwo is actually given an answer to both rather quickly, and sure, they’re not satisfying nor are they kind answers, but they’re answers nonetheless.

Mewtwo keeps asking these questions over and over anyway. I wish the writers would have rephrased Mewtwo’s questions as the situation changed while the Legendary Pokemon was working with humans to give Mewtwo a little more depth.