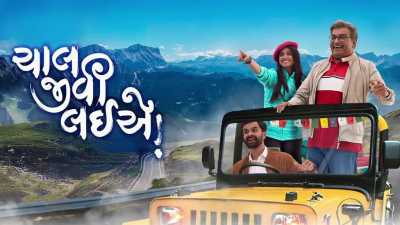 Chaal Jeevi Laiye! (transl. Come, let’s live!) is a 2019 Indian Gujarati-language comedy-drama road film written and directed by Vipul Mehta. Produced by Rashmin Majithia, the film stars Siddharth Randeria, Yash Soni and Aarohi Patel. The soundtrack was composed by Sachin–Jigar. It is the highest grossing Gujarati film of all time. In his quest to become successful enterprenuer, Aditya Parikh puts life on the back burner, including his father Bipin Chandra Parikh who was later diagnosed with pontine glioma. Aditya agrees to take his father to Uttarakhand to fulfill his last wishes where the accidentally meet a backpacker named Ketki Mehta. The journey turns out to be an experience with surprises and realizations of their way to happiness and closeness.