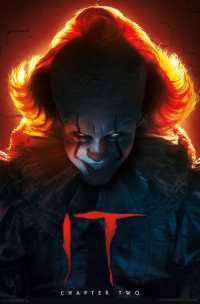 A big reason why I’m so enamored by Stephen King‘s Pennywise is because it’s not one clear-cut thing. Pennywise isn’t a slasher with a knife you can run from; it’s a shapeshifting entity that targets its victim’s worst fears. As we see in the novel It and now in Andy Muschietti‘s movies, one’s biggest fear changes over the years. Perhaps it’s something that doesn’t truly exist like Stan’s Flute Lady or maybe it’s a very real, tangible fear like abusive relationships in Bev’s life.

The horror of Pennywise is that there’s seemingly endless possibilities. Will it target my fear of bees or something internal and far darker, like a fear of failure? It’s something I’ve thought about quite a bit since first reading the novel so wanted to pose that question to It Chapter Two stars Jessica Chastain, Bill Hader, Jay Ryan, James Ransone, Isaiah Mustafa and Andy Bean at the film’s press day, but with a unique spin on it. While talking to TotalFilm about the upcoming Joker movie, Joaquin Phoenix said the following about fear:

“I always say there’s motivating fear and debilitating fear. There’s the fear where you cannot make a fucking step, and there’s the kind where it’s like, ‘OK, what do we do? That’s not good enough.’ And you’re digging deeper and deeper. I love that kind of fear. It guides us, makes us work harder.”